Soul Behind The Beats: Mke Mixes It Up 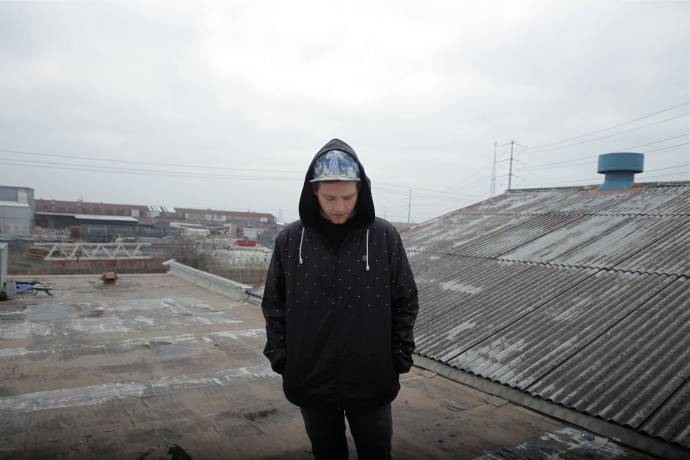 I’m not sure how most people feel about club music, but for me it’s almost formulaic.  Most club music I hear sounds the same way it did twenty years ago, with very little change.  Thin openings, bass fills, and that certain thump beat throughout.  But, I should also note that I’m not as well versed in that world as I’d like.  I feel like an outsider at many of the shows, so my expertise on the differences between some of what I hear at a big club, might be skewed by my experiences.  As an outsider, it rarely feels as if someone is trying anything different, and it definitely doesn’t feel as if it’s being done by someone creating their own path.  However, because our city is full of many who see outside the box; that could all change very soon.  We have such a diverse coupling of up and coming acts here, that many don’t even perform in the club music world.  If Mke, (pronounced Make) has his way, then club music is about to get a lot more soulful.  That might not be on purpose, it’s just how this guy rolls. This guy, is Noah Clough, who you may or may not know is the mastermind behind the soulful magic of Josiah Gabriel.  While he’s been steadily working under the Mke moniker, I’ve been assured that there’s something insane coming from Josiah Gabriel around the beginning of next year.  Though Mke was created as something of an entirely different outlet for Clough, the soul of his Josiah Gabriel alter ego seeps into his creations under Mke.  On Friday night at Limelight, he’ll play a club show for the first time; and school everyone in attendance on how club music should be done.

At this year’s FPSF, most of us who watched Mke’s set, were a little confused on what to really call what we heard.  The music, was obviously some form of electronica, but this shied far away from what we normally hear.  This city has plenty of up and coming electronic acts that are completely turning our concepts, as fans, inside out.  However, with Mke, it’s something of a different monster altogether.  The usual club music is triumphed by DJ’s who stand atop a large riser, completely removed from anyone dancing to their creations. Their music, for me anyway, is just as sterile and removed as they are from the crowd.  The stand alone factor of what Mke sounds like, is that of someone who put some of themselves into what they have crafted.  With Mke, Noah is almost like an old world craftsman, who leaves just a bit of himself in everything he touches.  It’s that “soul” within each track, that defines the sound that Mke produces.  I’ve witnessed people at a Mke show, and it’s almost as if they’re possessed by the sounds he creates.  People moving on the dance floor is no strange occurance, but at a Mke show; it’s like the music forces them to dance.  I hate dancing, and even I’ve danced during his performance, which is like saying you just ate something that makes you sick.

It’s actually kind of funny; but when you confess to Noah what his work does to you, he almost pretends like you’re making something up.  It’s not that he doesn’t know that Mke is different, because since he started the project a little over a year ago; he’s gotten plenty of attention.  Getting to perform on Free Press Summer Fest in year one alongside several articles and getting nominated for an HPMA are just the tip of the iceberg.  As it stands, Mke has more booked performances than most in his genre in this town.  And, with plenty of remixes and original singles to drop sooner than later; things are just getting started for him.  But, it is funny to witness someone look at Mke perform in wonderment, and for the performer/producer; it’s as if it’s an effortless task for him.  The previews from his upcoming mixtape are peppered with familiar samples and sounds that make their own landscape. While listening to his work, you quickly realize that Mke is vastly different from the club music of yesterday and today.  His remixes are almost futuristic and more diverse than pretty much anyone remixing today, and his future bass and trap sound is like no one else around.  What’s left is something like you’ve never heard before, and may very well be the future of club music.

You can witness his futuristic sounds this Friday over at Limelight, when Mke takes over and headlines the “red room” at the “There Will Be Bass” party.  There will be other club artists  on hand like Canada’s Snails as well as Atlanta’s Mayhem who will be there to represent the past and present sounds of club music.  If it’s something you’re into, I’d recommend checking Mke out. He’ll stand out vastly from everyone else on hand; as the guy who’s making his own sound, and who’s carving a path for an entirely new and soulful type of club music for the future.  The show is 18 & up, the doors are at 10:00, and the tickets are between $10.00 and $20.00.