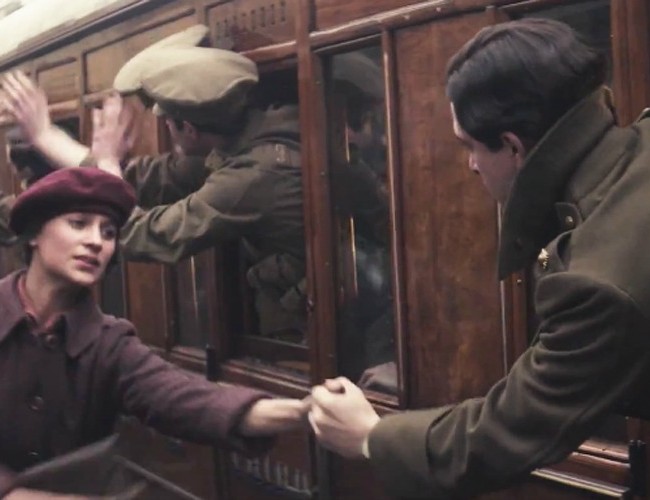 Leon casino, It’s a scale of descending laughs as Ted 2 barely catches the zeitgeist that made the talking bear a box office hit three years ago. A lot has changed in three years much less the amusement of a potty mouth talking deep bowl smoking iconoclast of irreverence.

For every solid laugh, like a scene where Ted and Wahlberg heckle an improve troupe, there are several guffaw attempts that flatline. You almost feel that Seth MacFarlane wishes he could redub some lines after events of this week so that Ted could hold up a mirror to conservatives who have their pants in a tangle over health care and same sex marriage.

The memoir of Vera Brittain, Testament of Youth, has never been out of print since its publication in 1933. But that’s not like saying that the book Dracula has never been out of print. The theme of pacifism that forms the spine of Testament of Youth has never been more important in light of the world armed conflict in the internet age. Yet even in Brittain’s day the events of World War I, a battle not called by that moniker but rather the Great War or World War, were so horrific that organizations were formed to prevent any such occasion from occurring in the future.

Testament of Youth recalls Brittain’s experience during the early 20th century, first as an independent woman going to college, then as a volunteer nurse on the front lines of World War I. Alicia Vikander plays the heroine. After Vikander’s portrayal of the robot Eve in Ex Machina, and now her knockout yet nuanced performance here, it’s hard not to see her as the next go-to actress of range and depth. Vikander also has three more films coming out this year.

TOY starts out in a sedated English period manner, very tony and prim. The windows are blown out with bright light and people are expected to plays their male and female roles in society. When the war starts Brittain has been enrolled for a while, and this after having passed a rather hard entrance exam. First she takes a leave of absence to serve as a nurse in London only to transfer to the front lines where we witness the carnage of war in a first hand way. 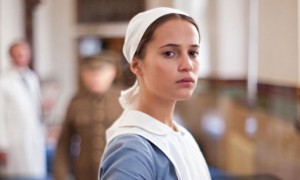 Every male friend or fiancée or brother that Brittain holds dear is methodically killed off during the war. TOY culminates in a post-war scene where Brittain addresses a town hall meeting where German bashing is rampant. Brittain calls for an end to the hatred, much to the astonishment of the crowd. Brittain tells the agitated crowd about an encounter in a makeshift triage with a group of wounded and dying German officers. This confuses the crowd even more because they don’t want to hear pleas for tolerance. Sound familiar to today’s headlines?

Testament of Youth, opening exclusively this weekend at the River Oaks Three, has many moments that appeal to the art house crowd. But it’s also a mainstream role for Vikander that only ups the ante to how far her career will go.