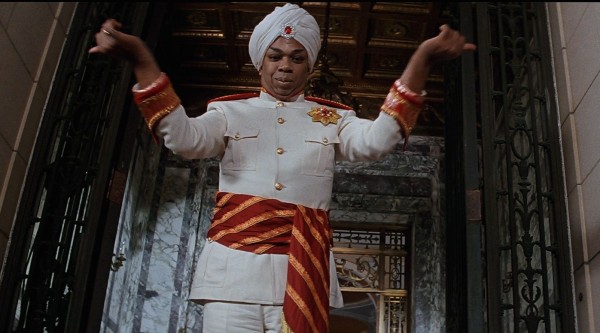 Leon casino, By now, you should have seen the Free Press TV video from last week’s anti-immigrant protest at the Mexican Consulate in Houston.  In case you haven’t, here  it is again:

While it’s pretty funny to watch and hear these very misinformed, hateful people say ridiculous things, it’s also kind of frustrating and disheartening to think how long we’ve been having these same arguments.

My family is Sikh. Yesterday, I found myself reading this story from NPR about how some black people would dress up in turbans and Indian gear and go down South frontin’ like they were nabobs, and where they would have had dogs and fire hoses and lynch mobs turned on them if they were rockin’ their regular gear, they got the royal treatment, instead.  See? The same black person could rock a turban and get treated like a king, literally. (No doubt, this thinking was at least partially behind some of jazz great Sun Ra’s outfits.)

Anyway, I digress. The NPR story contains a link to a letter from 1907. It comes from Bellingham, Washington, about three days after the Bellingham Riots where a mob of white guys from the Asiatic Exclusion League beat up a bunch of Sikh immigrant workers, took their money, kicked them out of town, and called them Hindus.  (That last bit is key only for the quote I’m about to share with you.)

So, if you have watched the video above, now dig this quote from this dude’s letter to his mom, dated September 8, 1907:

These Hindos are very undesirable citizens. They are dirty and mean and will work for wages that a white man can’t live on…They are worse than the Japs and China men and have caused trouble ever since they began to be numerous. The Japans and China-men have flooded this county and it begins to look like they intend to take possession of everything out here. There is going to be a race war out here pretty soon if this government dont keep them out…

Sound familiar? Nothing new under the sun, eh.

About fifteen years later, another Sikh immigrant would argue to the Supreme Court that he was eligible for US citizenship because of his Aryan heritage-one of the best examples of an American attempting to untether the idea of “whiteness” from skin color. (Hitler was wrong-Aryans came from South Central Asia, not from Europe.)

Nonethless, “Bhagat Singh Thind remained in the U.S., completed his Ph.D., and delivered lectures in metaphysics all across the nation. Basing his lessons on Sikh philosophy, he enriched his teaching with references to the scriptures of several religions and the work of Emerson, Whitman, and Thoreau.”

And that is one to grow on.