While We’re Young & Seymour: An Introduction

Leon casino, Seymour: An Introduction takes the viewer into the quiet life of world-class concert pianist Seymour Bernstein. No relation to Leonard Bernstein the famous conductor/composer who gave Seymour his first big break calling him the best classical pianist he’d ever heard. 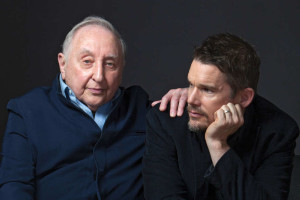 Helmed by actor Ethan Hawke (best known for the recent Boyhood but also as a working actor who appears in a wide array of genre product), the doc compels interest whether you are a fan of classical music or just appreciate witty conversation. What brings Hawke and Bernstein together is frank discussions about the work of being an artist. When Seymour plays he speaks about finding the truth in the music that Beethoven wrote. Likewise Hawke is an actor trying to find the truth in the lines of his characters.

The film sounds pedantic to be sure, and yes there are scenes of Seymour, retired from the concert stage, teaching students and playing sonatas. But Seymour: An Introduction is anything but dense and hard to sit through. The dialogue between Hawke and Bernstein serves as its own little Dinner with Andre. We learn about the greatest crescendo in classical piano music. We also hear Bernstein talking about how what Beethoven or other great composers scored in b-flat is no longer the same b-flat that we hear. Front and center is the simple beauty of a great musician making his instrument sing.

Seymour: An Introduction opens exclusively this weekend at the Sundance Cinemas Houston.

Another limited engagement opens at the River Oaks Three this weekend and it’s a must see. While We’re Young, the latest film from writer/director Noah Baumbach delivers another one of his patented stories of New York denizens in crisis. 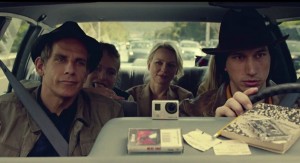 While We’re Young moves with the usual comic intensity of Baumbach’s previous films but there is a big difference. Basically the level of self-loathing that was on display in a movie like The Squid and the Whale, or Greenberg, or even Frances Ha has been toned down. Way down. These are still flawed characters but there’s sweetness to the relationships and the story that makes you actively root for them to achieve their goals.

Ben Stiller and Naomi Watts play a fourtysomething couple that befriend a twentysomething couple played by Adam Driver (best role to date) and Amanda Seyfried. Complications and hilarity ensues. Stiller and Watts are childless and find themselves being distanced by their friends who have kids. Driver and Seyfried are unquestionably hip and the oldsters want some of that hipness to rub off.

In one of the most hilarious yet truthful scenes that’s ever been committed to film, Baumbach has his four protags taking part in a shamanic ayahuasca ritual. Previously Baumbach also co-wrote with Wes Anderson, The Life Aquatic with Steve Zissou and Fantastic Mr. Fox. Baumbach heavily uses the music of Vivaldi as well as Vangelis throughout WWY, which only gives the film an even more studied and classical manner.

It turns out the main reason Driver has befriended Stiller is because Stiller’s father in law (Watts’ dad) is a famous documentarian in the Frederick Wiseman mode. As playfully created by Charles Grodin this sage-like character is just another feather in the colorful velvet cap of WWY. Everyone in the film is a pretentious filmmaker. Stiller has been working on his documentary for the last ten years. Driver makes his documentary in like a month. “I stayed up all night editing.”

You can expect to become very attached to While We’re Young, which obviously has something for young and old auds to laugh at and relate to. As a bonus the Friday (April 10) night screenings at the River Oaks Three will feature an appearance from actor Ryan Serhant, who plays a supporting role in the film. Serhant with introduce the 7:15 pm., and 8 pm. screenings of the film. Serhant also appears in the Bravo cable channel series Million Dollar Listing NY.