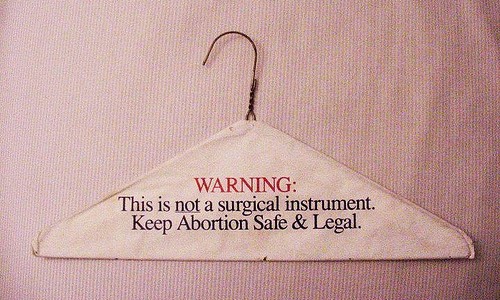 “We are closer than ever to the dark days that preceded the Supreme Court’s historic decision.”

- Nancy Northup, President of the Center for Reproductive Rights

Since the Roe decision, lawmakers have been gradually chipping away at resources for reproductive health care and introducing legislation to undermine a person’s ability to exercise bodily autonomy with the dignity and respect they deserve-and today is no exception.

For millions of people, safe and legal abortion care is simply unattainable. When you look at all the restrictions put in place by state legislatures, such as mandatory 24 hour waiting periods and invasive sonograms, unnecessary clinic regulations, and 20 week abortion bans, it is obvious that the end goal is to make abortion as difficult to access as possible.

The ability to pay for an abortion also dictates who can access it. In 1976, Congress passed the Hyde Amendment, a legislative provision which prohibits federal Medicaid funding for abortion. Henry Hyde, the Illinois Republican who proposed the amendment, said, “I certainly would like to prevent, if I could legally, anybody having an abortion, a rich woman, a middle-class woman, or a poor woman. Unfortunately, the only vehicle available is the…Medicaid bill.” As Supreme Court Justice Thurgood Marshall put it in his dissent of the 1980 case upholding Hyde, “The Hyde Amendment is designed to deprive poor and minority women of the constitutional right to choose abortion.”

This afternoon the House of Representatives passed another abortion related bill: H.R. 7, also known as the “No Taxpayer Funding for Abortion Act,” going even even further than the Hyde Amendment to restrict abortion. According to the Center for Reproductive Rights, this bill would “permanently ban abortion coverage for millions of American women, including federal employees, women enrolled in Medicaid, military servicewomen, Peace Corps volunteers, and many others who receive health care and insurance coverage through the federal government.” Obama has already stated that he will veto H.R. 7 if it passes the Senate.

House Republicans were scheduled to debate their proposed 20 week abortion ban earlier today, but late last night they decided to postpone it after a handful of Republican female legislators came out in opposition to its provision regarding rape.

“The GOP drafted a bill so extreme and so out of touch with the voters that even their own membership could not support,” said NARAL Pro-Choice America president Ilyse Hogue.

The fact is that 7 in 10 Americans support Roe, and they are willing to put up a fight to protect their reproductive rights.

On the anniversary of Roe v. Wade, the House vote on #HR7 is a reminder of how far we still have to go to make this right a reality. #Roe42

Getting To Know The Locals of FPSF: We Were Wolves