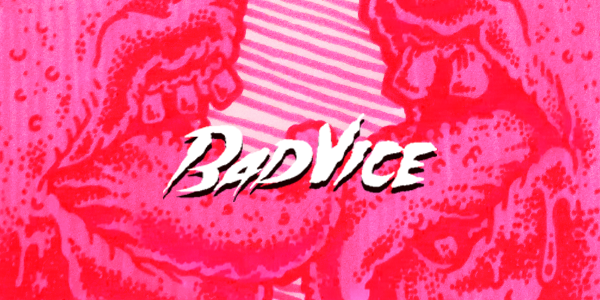 How do I stop dreaming about fucking my boss? Marini, I have an odd attraction to my boss. He’s very handsome, put together, and we see eye-to-eye on ideas about improving our work environment. We are even close to the same age and crack jokes literally all day long. He’s great. We are mildly flirtatious and have probably (maybe, hopefully) both experienced sexual dreams about each other. So, should I make a move? A part of me only thinks I want to fuck him because he’s my boss and wears a suit and looks really good and that’s definitely a fantasy of mine. What Would Marini Do? Is that terribly unprofessional? Fuck.

If you’re not as mentally and emotionally damaged as the characters in The Secretary, then I probably still wouldn’t fuck your boss. Don’t shit where you eat. Come on.

I was going to ask you a question this week and try to be funny, but you told me my previous was stupid. Good luck.

Now that you’re not trying to be funny in questions, you’ll have all this free time to drive yourself to Home Depot, buy some fucking wood, build a fucking bridge and get fucking over it.
My ex sucks. I’ve got a crazy ex-bf who won’t stop with the verbal harassment/abuse. Dude, we broke up, it’s sad, but if you hate me so much, STOP CONTACTING ME! FB, text, email…I finally blocked him as much as I can, but I can’t shake the desire to fuck his life up just a little. I know, I know…walk away, be the bigger person, blahblahblah. I’m not talking his level, I’m not talking be a horrible person and fuck his best friend, but there has to be a nice, middle-of-the-road fuck you action I can take, right? He’s been the ultimate asshole, and I’ve held back so much.  Any suggestions?
The guy who is petty enough to continuing verbally abusing you despite being broken up, is the guy who is weak minded enough to think that black guys have bigger dicks than his. So, date a black guy. Even if the guy has a normal sized dick, he’s still going to get all self conscious and probably fuck off.
If your ex-b is black, date a woman.

Sometimes I’m troubled by our human flaws. Why do some feel compelled to piss on harmless whimsical things?

People are haters, you just gotta deal with it. Anyway, pissing on something harmless and whimsical is like tagging a smiley face on a building. If that one tag brings the building down, then it needed to be rebuilt anyway.

I don’t think my boyfriend has planned to do anything for Valentine’s. I’m not one of those girls who expects jewelry from Tiffany’s or anything, but it’s nice to do something together. Anyway, what should I do?
It’s fake. It’s all fake. Valentine’s is like the Tooth Fairy that Hallmark told you was real. Theres not much to prove in a relationship that relies on one day of the year to do something nice for each other. You should be doing nice things for each other all the time.

I’m going to be on my period on valentine’s day.

Give your bf anal. Anal is symbiotic. Lube it up and stick it in.
Or just have sex on your period. Unless you’re fucking a 16 year old or younger, it shouldn’t matter. Men would know that a woman bleeds out of her fucking vagina.
As I’ve said before, true love is buying a red towel. Or a black towel. Or period sheets. Or not giving a fuck about bleeding on everything. Or sexing in the shower. And if you’re not in love, whatever still. SEX! CASUAL SEX!
There are so many solutions for this. Don’t you worry your little heart.
My girlfriend and I don’t normally observe Valentines day, but I’ve been thinking about buying a kids Valentines for her. Like a cartoon themed “I Choo-Choo-Choo-Choose You!” card or candy from the Walgreen’s aisle. Lame?
No, that’s fucking cute. Do it. A little teddy bear with his arms holding the Reese’s peanut butter cups? Spend less that $5? She’ll probably think it’s cute too. Maybe it will score you an extra long blow job. Here’s hoping.
I am casually seeing 3 different women right now, and I’m not sure who I should take out for Valentine’s day. How do I pick?
If you’re trying to maintain the situation of casually dating and probably sexing these women, I suggest taking the most crazy one out for V day. Because if there are 3 women, there is probably, definitely one who is crazy. She is the one you take. Buy flowers for the other two prior and they’ll think it’s sweet you still did something. But the V-Day date, make sure it’s casual - no reservations, no fancy restaurants. Treat it like a normal date you’d go on so you don’t have to deal with her thinking it’s anything more.
Anyway, you’ll be saving yourself. You won’t have to deal with the nag nagging afterwards but still maintain a wet penis (x3).