Leon casino, The films of Sam Peckinpah are not an acquired taste. That category would house more obscure directors like Edgar Ulmer or Abel Ferrara. Peckinpah left a legacy that everyone can embrace and yet that appeals to difference appetites.

The Wild Bunch thrills fans of hyper violent actioners. Ride the High Country (1962) and his television show The Westerner (1960), both westerns, embrace conventions of another era and are classics in their own right. The Getaway unleashes high-octane crime drama that never feels tired. The Ballad of Cable Hogue is a lyrical art film in search of an audience. Films like Straw Dogs and Cross of Iron would be hard projects to get funded today, the recent remake of Straw Dogs being a pale copy of the original. Which brings us to the lighter side of Peckinpah. 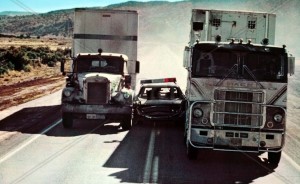 Convoy (Kino Lorber, 4/28) was a film based on a hit country song, and even when it erupts into a rather ugly depiction of police discrimination of minorities it comes across like a comic carnival ride, more intent on capturing beautiful imagery of trucks on the road and providing its audience with laughs. A nearly Shakespearean cast of misfits and archetypes meets on the highways of New Mexico and Arizona (and Texas). Led by Rubber Duck (Kris Kristofferson’s CB handle) an illegal mile-long convoy races across the interstate in hot pursuit by Sheriff Lyle Cottonmouth Wallace. It’s a thin plotline that’s pushed to the side for character development, social satire of the media and gorgeous cinematography.

When Convoy was released the country was in the midst of a Citizen’s Band Radio craze. Surely a younger audience member might wonder where the phrase “10-4 good buddy,” came from. And while comedies lampooning media coverage of news events are ever abundant nowadays they were few and far between in 1978, perhaps the best example being Network. 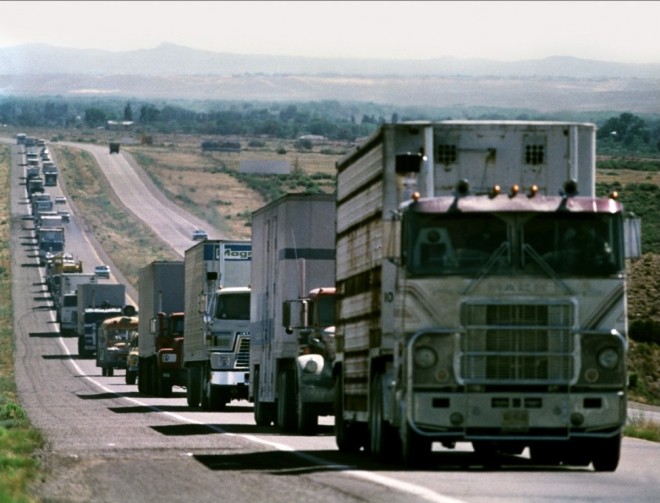 Those are real 18-wheelers in a climatic scene, not CGI vehicles. The amount of time and coordination to get a single shot took hours if not all day. Imagine having to wait while everybody turned around and got into their original positions. One sequence shot in White Sands, NM just brilliantly melds the world of art film beauty with mindless action shots. The trucks appear to be floating on a layer of snow captured with long lenses. Another sequence, with many shots and editing in slo-mo, shows the 18-wheelers literally destroying a small town by driving through all the buildings. It’s a crazy but well choreographed scene that makes the trucks the main characters and glories in destruction in a manner that recalls the ending explosion of Antonioni’s Zabriskie Point.

Convoy appears late in Peckinpah’s filmography, and as such it’s no secret that he was often stoned or drunk to such an extent that critics dismiss his later films as flawed. Convoy is a delight to watch from start to finish, which in a way seems to suggest that a half pint of Peckinpah equals other directors operating at full-bore. 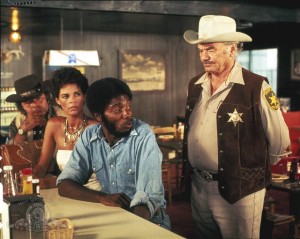 Convoy has previously been available on disc in far from desirable transfers. This Blu-ray release gives the film a chance to be seen in the glorious color and scope that it deserves. Ali MacGraw, Burt Young, Cassie Yates, Seymour Cassel, and Franklyn Ajaye co-star.

The disc is loaded with extras including a 73-minute doc on the film. A commentary track with Peckinpah biographers and scholars, including Garner Simmons who wrote “Peckinpah: A Portrait of Montage,” seems to damn the film with faint praise. A better choice would have been David Weddle, the author of “If They Move Kill ‘Em!: The Life and Times of Sam Peckinpah.” To date it’s the best book written about the iconic director.

“I never met a duck that couldn’t swim.”