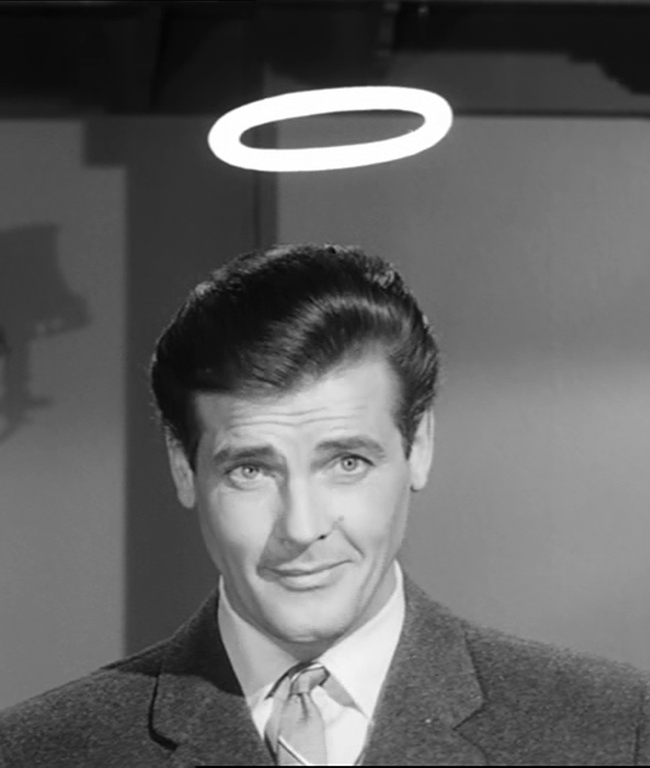 Leon casino, Television shows from generations past contain guest stars that would go on to be famous actors. A combination of watching future stars and television meta moments account for most of the thrills classic shows offer. Commentary tracks are just the icing on the cake.

A good example of a meta moment occurs in The Phil Silvers Show also known as Sgt. Bilko (Shout! Factory, 4/29). In an episode from the series’ second season in June 1957 titled “Show Segments” Silvers doesn’t play Bilko but rather himself. Silvers has gathered the cast and they meet at Lindy’s deli on Broadway, then as now a popular eating destination for show biz types. Silver and the other actors discuss clips from previous shows and are eventually joined by Ed Sullivan. It’s an absurd yet wonderfully realized moment of ‘50s black-and-white existentialism. Perhaps even a bit Bergman-esque.

Regarding Ingmar Bergman, he made a film called The Passion of Anna (En passion, 1969). In the middle of the film Bergman abruptly cuts from the film proper to Liv Ullmann (Anna) playing herself at a press conference where she’s answering reporter questions about her character. 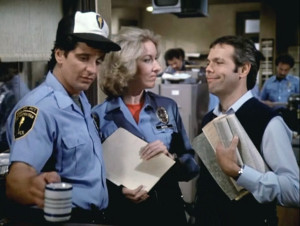 The mid-80s was time spent by your humble scribe without a television. So it’s no wonder that I missed the entire fifth season of Hill Street Blues (5/26). Some of the guest stars from the 1984 run of the show include Forest Whitaker, Tim Robbins, Michael Biehn, Frances McDormand, Joaquin Phoenix (as Leaf Phoenix, then 10-years old), Jennifer Tilly and Jeffrey Tambor. The regular stars included Daniel Travanti, Veronica Hamel, Charles Haid, and many others. Betty Thomas, now a successful director and producer won an Emmy for her role during the fifth season. Vet character actor Robert Prosky joined the cast during this season playing Sgt. Jablonski. Jablonbski always presided over HSB’s introduction, set at a roll call meeting at the crack of dawn. Jablonski always ended the meeting by reminded the cops to “get them before they get us.”

Hill Street Blues unwinds as a procedural with emphasis on the street cops, the detectives and administrative branch, as well as the office of the district attorney. Many eps revolve around the events of a single day with intertwining plot lines. Some plots are carried over a number of eps. For instance in “Rookie Nookie” Robbins and Biehn are rookie cops on their first day on the job. Biehn plays a dirty cop from the get go, beating up suspects and when he finds out Robbins is a virgin comes up with a scheme to get Robbins laid. Biehn’s plan backfires after he ties up Robbins while a prostie services him. At the beginning of the next ep we learn that Robbins has committed suicide and the next couple of shows have Biehn’s character being exposed for that as well as other infractions of which he’s guilty. Another multi-show arc has McDormand playing a public defendant lawyer whose addiction to cocaine leads to some errors in professional judgment.

But even better is the theme song to the show. A memorable tune from composer Mike Post, whose credits read like a who’s who of police shows, the “Theme to Hill Street Blues” starts with some gentle piano and then moves to a jazzy song that fully explores the turbulence of the show’s characters. 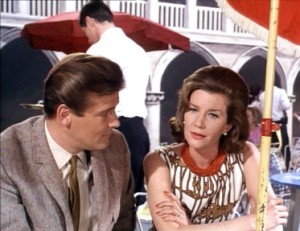 A mainstay of 1960s television, The Saint (Timeless Media, 5/26) ran for 118 eps in England from 1962, then select eps in America after 1967. Starring Roger Moore as Simon Templar, the series joins other mystery shows of the era like Danger Man (Secret Agent), The Avengers and Mission: Impossible for its intrigue. As surely as Daniel Craig was cast as James Bond after appearing in Layer Cake, Moore makes his case show after show as to why he would be Bond almost a decade down the road.

The first four seasons are in b&w and start with Moore/Templar addressing the camera straight on, breaking the fourth wall and throwing out witty bon mots like: “Man may have evolved from the trees but his eyes still swing from limb to limb.” Someone always mentions his name – Simon Templar – and we see a halo appear over his head. For seasons Five and Six the show was shot in color and Templar’s opening speech was a voice-over with no direct eye contact with the camera. The halo still appears over his head to signal the beginning of the show.

In one ep from season Two “Luella” Templar tells one cast member that he’s James Bond in order to gain their sympathy. Nine of the shows have audio commentary with a combination of Moore, director Roy Ward Baker and others. The point is made during one of the commentaries that the character of Simon Templar was more grounded in the 1930s when author Leslie Charteris wrote many of the source novels. Templar’s style of sleuthing, kind of a free-lance part-private-eye part-agent-of-change was already beginning to be outdated in the ‘60s and is totally irrelevant in today’s society. Note the failure of the movie version of The Saint (Val Kilmer) that came out in 1997.

Guest stars read like an all-star cast of the era, with names like Julie Christie, Oliver Reed, Donald Sutherland, Dawn Addams, and several femmes associated with the Bond series like Shirley Eaton, Lois Maxwell and Honor Blackman. Moore directed some of the episodes. As the decade progressed The Saint went from such genre tropes as stealing diamonds and wooing ladies in European locales to battling giant ants in “The House at Dragon’s Rock,” an ep that combines elements of Hammer horror and tongue in cheek mischief that was helmed by Moore. 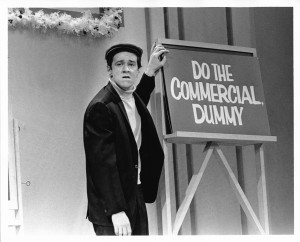 The Best of the Ed Sullivan Show (Star Vista, 5/12) contains six discs loaded with clips from the shows 23 years as an television entertainment staple. The discs are divided as follows: Unforgettable Performances that takes in an array of musicians and performers; The All-Star Comedy Special (young Carlin and Pryor are highlights); World’s Greatest Novelty Acts (amazing gymnastics); the 50th Anniversary Special (broadcast in 1998); a bonus disc with a couple of hours of interviews with various participants; and Amazing Animal Acts, my personal favorite featuring birds, dogs, lions and not surprisingly no cats.