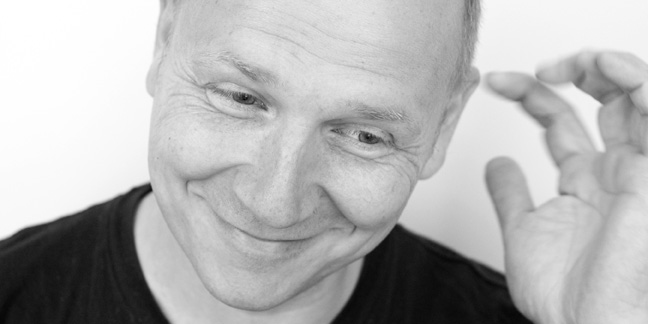 Leon casino,
There is a magnificent 30 for 30 ESPN film about Bo Jackson (You Don’t Know Bo) where it talks about how the athlete was the rare case of one who was good at two sports — not that it is impossible to be good at two sports, but to play in two professional leagues rarely happens. You, possibly like me, may only know of Chicagoan Sam Prekop as vocalist of the magnificent Sea and Cake and also of his equally noteworthy solo albums. But apparently, like Bo Jackson, Prekop is in need of his own tennis shoe, because he has managed to release two albums, 2010’s Old Punch Card and his most recent The Republic -- both on Thrill Jockey — without using the soulful instrument of a voice which has become his signifier in the world of music, but rather using vintage keyboards and having those albums be (gulp) instrumental. Now, as I am not one to pigeonhole or box an artist, many of us music writer types know that when artists choose to expand their repertoire the results are mediocre and oftentimes horrid. However, this is not the case with Prekop. But one wonders: Why not just release these albums under an alias?

“Um, I guess I maybe thought about [it, but] not for this record because…I already have another record that’s along the lines of this new one, so at that time I was bit concerned, and I knew that some people were gonna be confused and not really get into it, but I also felt like I couldn’t worry about it too much and that it’s just a record, I’ll make another one, it’s not like a final statement kind of thing.” Prekop adds, “If you can’t get with it, that’s fine, wait for the next one. I don’t feel I have to be totally beholden to what people expect, exactly.”

The Republic began as a soundtrack to a film, so the first nine movements — all titled “The Republic” — are what would have been the aural accompaniment to visual pieces. Yet seeing the visuals isn’t particularly necessary. The word atmosphere comes to mind — moods and colors. The album’s second half is composed of pieces made after, but, in a way, inspired by the first half of the album, almost like making an album in response to the album that you are making, being the performer and listener, then responding to the information.

“I can’t say that I preconceived it so much that I found it, and the work sort of found itself, and sort of worked itself out, and it made sense as a whole. I think an important part of that quality comes from the first half being a soundtrack, really, so it’s connected to visuals and there’s no real linear narrative…so that instilled sort of a long-form logic to it that I didn’t have to invent, it was sort of there in preparing the work for the film-but when deciding which pieces worked and what didn’t I was definitely thinking of the record as a suite of works, that the whole thing would be less of one of them was missing, or if there was too many as well, it was important to me in retrospect that the whole thing worked as one piece-but side two I let up on it a bit, the pieces are a bit more discreet and they are more rhythmic based and sort of have more beginning and ending sort of things.”

June 1st, you will be able to witness The Republic as he brings it to Fitzgerald’s. The performance will not be a replication of the album but more a presentation encapsulating pieces from the album as well as Sea and Cake material, as Archer Prewitt will also be joining him.

“I can’t really recreate the record, I mean, I could play it over, I could play the record in a live context, but that of course would be lame. Because of the instrument, it has all of these limitations built into it, so there’s no computers and stuff, I mean I recorded it on a computer, but for the live stuff if you can imagine the stuff on the second side, the more rhythmic pattern based stuff, it’ll sound familiar to anybody that knows the record but it won’t be the record. The live show is different but it’s also in the spirit of the record I would say. Basically, it’s going to be like one long piece, that slowly evolves and builds to up to be a quite full blown instrumental situation and Archer plays along, we worked it out, it is somewhat improvised but it’s very well strategized as well, so it’s a lot of the same techniques and compositional tools I use live as I would recording in the studio, so it’s like the same ideas and methods but not edited, so it’s much more real time.”

And within that, there will also be songs.

“It’s part of show, it actually works, but it’s different versions because it’s just Archer and I together playing two guitars, and we’ve done this a bunch of times, like entire tours, and we cover a lot of my earlier records, the solo stuff and some Sea and Cake stuff, but it surprisingly doesn’t feel like another show, it’s make sense together, at least in my mind it does-I know there are going to be people showing up that want to hear that stuff, so why not, I’ll play it, I know you wanna hear it so I’ll just do it, I don’t mind trying to appease the whole crowd you know, though some people will be showing up like, ‘Who’s the Sea and Cake? We just want Sam the synth guy.”