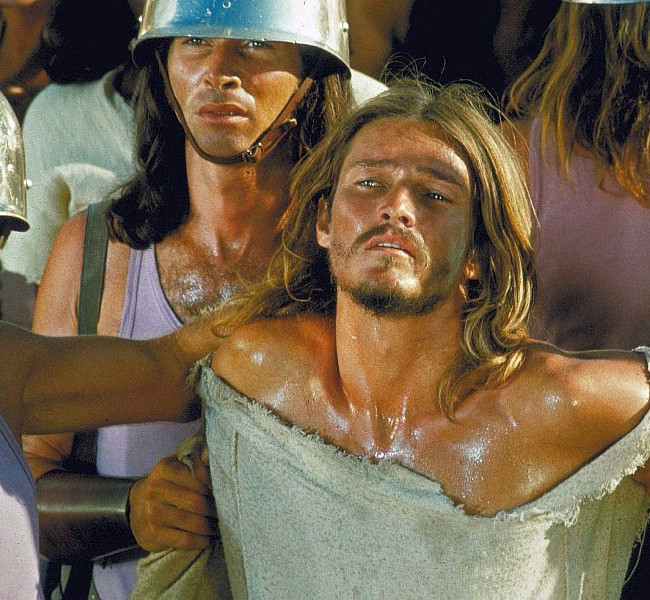 Leon casino, Playing the part of Jesus in the 1973 movie Jesus Christ Superstar had a positive effect on actor Ted Neeley. You can just tell by Neeley’s voice and demeanor that he’s an exceptionally laid back dude.

Neeley spoke to Free Press Houston via phone to talk about the upcoming presentation of a restored version of Jesus Christ Superstar. Neeley will present JC Superstar at the Alamo Drafthouse Vintage Park this Sunday, May 17 at 5:30 pm. A Q&A will follow hosted by Neeley along with cast members Kurt Yagjhian (Annas) and Larry Marshall (Simon Zealotes).

“Can you talk for a couple of days because I have a hard time answering questions quickly,” laughs Neeley.

“How are things going man?” asks Neeley right off the bat. I feel like he’s interviewing me.

“I can’t complain. Life is good, The Who played in Houston last night,” I reply.

“And I wasn’t there, holy crap I wish I would’ve known,” says Neeley, who’s speaking from New York. 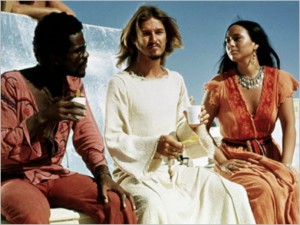 Neeley was cast in the movie Jesus Christ Superstar after director Norman Jewison came to see him in the Los Angeles tour of Tommy in the early ‘70s.

“I have to comment about what you just said about The Who. I think it’s amazing they’re out there,” says Neeley. “I know how it feels when you’re on the road. I’ve been on the road all my life. Every time I see them they’re magical. I’ve worked with both Roger and Pete. They’re out there doing it because they want to see the people.”

Neeley is a self-described “rock ‘n roll drummer from Texas who screams high notes for a living. My band went to California when I got out of high school, and we were in Hollywood playing in every nightclub they had at the time. One week here, two weeks there. Because we were from Texas we developed a following. We were one of the few bands at that time that wasn’t playing surfing music. We had the Tex Mex thing going on, we could play country, jazz, the blues, plus we were a cover band, we could play pretty much anything you wanted to hear,” says Neeley.

“We were playing at a place on the Sunset Strip called The Trip. There’s an episode of Dragnet – they shot a lot around that nightclub and on the marquee of the building it said ‘Texas’ own Ted Neeley Five.’ People think I am in an episode of Dragnet but it was just that sign. That was it,” says Neeley. 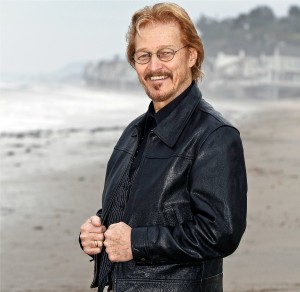 “The whole thing about getting into theater was being in the right place at the right time. They wanted someone who could scream, and I screamed. The people that followed us were all in the industry – actors, writers, producers, directors,” says Neeley. “One day one of the actors said they were going to an audition for a Broadway show and invited me to come along to see what they go through. So I just went to watch. I didn’t know it but he and his two buddies were planning to get me in there and push me up on the stage. They hired me; they didn’t hire any of the actors. The show was Hair.”

Neeley played Claude in the Broadway production of Hair. In swift progression Neeley was the understudy for the Jesus of Nazareth role in Jesus Christ Superstar, and then in a West Coast tour of Tommy playing the pinball wizard lead role.

“Actually Jewison came to see me in Tommy but that was the only performance in the entire run that I missed,” recalls Neeley. “What happened was he came on a Saturday night when we had a Saturday matinee. Tommy was a very physical role. They had this whole pinball machine set. I was the only non-dancer in the whole company. They did the “Underture,” which was a big dance number, the dancers were going nuts and I was being tossed all over the space and in that matinee performance both myself and one of the catchers misjudged the movement and we both got knocked out cold. The company doctor told me I could do the second act but don’t go onto the second show,” says Neeley.

“The next day Jewison’s agent called me and asked, ‘He drove all the way in from Palm Springs to see you. Where were you?’ I was able to talk his agent into letting me take him [Jewison] to lunch. We had lunch and he agreed to do a screen test. I was flown to London for the screen test and he decided to put me in his film.

“I had no formal training at all. I’m still a rock ‘n roll drummer who screams high notes. I got lucky, I can scream them and hold them.”

Jesus Christ Superstar was lensed in Israel in 1972. “There we were in the middle of the Dead Sea, all the ruins of the empire. We were singing hosanna in the desert. All the borders around us were being bombed during the entire production. Literally the war was continuing while we were out there hosanaing,” says Neeley.

“The war per se never got close enough to harm us, but it was always there. You could see the tanks and the jets. 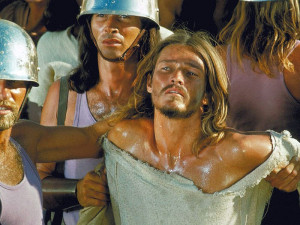 You know that sequence where Judas is out in the desert by himself and all of a sudden these tanks come up over the hill?” asks Neeley. “That wasn’t something that went on 2000-years ago but it was so normal everyday with us. Norman said it was the perfect way to show the people of the future that in the past Judas was being driven by this kind of force. So the tanks were included in the movie, and then the jets flew over to put the icing on the cake.

“The irony was, here we are doing this film of a story that happened 2000-years ago – and yet 2000-years later we’re still fighting the same war,” says Neeley. “Everything you see in the movie, with the one exception of the Harrod sequence, was shot in what are now ruins from that time.”

Jesus Christ Superstar started as a concept rock album written by Andrew Lloyd Webber with lyrics by Tim Rice. “The producers who put the first live theatrical production together decided to put it on in New York. It became known as a Broadway show, but it was the furthest thing from a Broadway show. It was a rock concert. It’s a rock opera. We did it at the Mark Hellinger Theatre, which was at 51st and Broadway, so it was classified as a Broadway show,” says Neeley.

“If it wasn’t for Hair I don’t think Superstar would’ve been able to be performed. Hair opened the door for rock ‘n roll to be performed in theaters.

“When I got to Israel, everybody in the film, except Barry Dennan and Josh Mostel who had been in other feature films, for the rest of us it was the first time we were in front of a film camera,” says Neeley. They learned about acting on film from scratch. “I’m not going to name names, but Norman told us to remember that when he called ‘Action’ to hit our mark. One of the Apostles asked him who Mark was.”

Neeley has also appeared in films as diverse as Vanishing Point, A Perfect Couple, and more recently Django Unchained. “I’ve known Quentin [Tarantino] since he was about sixteen years old. A lot of us have been hanging out as buddies for years and years,” notes Neeley. “He called me up and said he wanted me to be a badass, one of the worst horrible people you’ve ever seen in your life.

“I got his first script, it was over 400 pages. He was planning on doing a mini-series. His whole thing about Django was to compare how America treated the slaves to how Hitler treated the Jews, and he wanted to do it as a mini-series,” reiterates Neeley. 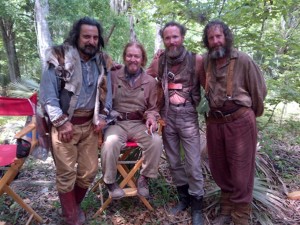 “We went to New Orleans where we shot all our sequences. We were the Trackers, it was our job, in the story, whenever a slave escaped a plantation, to go find him, catch him and bring him back. If they were sentenced to death it was out job to have them be eaten by our dogs.

So the sequences that were shot with our group were literally absolutely pathetic. They were so horrible we were all borderline throwing up everyday on the set because of what we were doing. For us, when they assembled the rough cut it was unbearable. You know the sequence toward the end where you see Quentin blow himself to smithereens? Well he felt so badly about what he’d put us through that that was his way of saying ‘I’m going to blow myself up so you won’t feel so bad.’”

“There was a time of lag for all of us who had been in Hair, and Superstar, and Tommy and we were all out in the L.A. area doing various recording projects. We all wanted to branch out on our own, but we would get together once a week and have a jam session and get crazy. This led to a one-night showcase at the Roxy. We called our band Keeping Them Off the Streets. Robert Altman happened to come see us that night,” says Neeley. 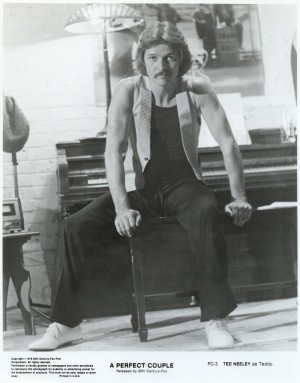 “Unfortunately for Bob what he was going through at that time was a change in distribution with his company. Most of the film companies had no clue what to do with this film. There was nobody who had real marquee value. It did okay.

“He was really into improvisation, for example one day I went in to the set and Altman said ‘By the way, I did some changes in this scene last night. Here are the sides, take a look and let me know what you think.’ I go to the dressing room and look at the eight pages he had given us.

“He asked me what did I think. I think it’s great. He said ‘How do you feel about the dialogue?’ I said fine. Why do you ask?

“‘Well I feel I don’t really understand your world and I’d rather you forget about my dialogue and just keep that idea. You guys just say what you would normally say.’”