Houston is Multilingual, Why Isn’t Our Education? 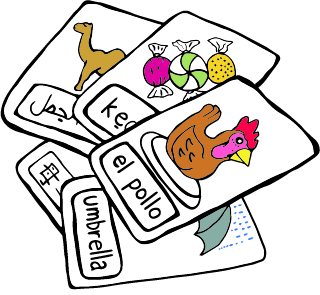 According to last year’s HISD Annual Bilingual and English as a Second Language Evaluation Report nearly one-third of the total student population for the district does not speak English as their first language.  Ninety-three percent of these students speak Spanish, with Arabic, Vietnamese, Mandarin, Nepali, Swahili, and Urdu speakers listed as growing populations. Bilingual education and English as a second language programs are important to a large portion of Houston students.

Last year, about 33% of HISD students learning English were either enrolled in an ESL program or received no linguistic services. This means that about 11% of HISD students did not receive instruction in their native language.  Even though the Texas Education code acknowledges the inadequacy of English-only instruction for students who are learning English, schools receive funding for bilingual programs only if 20 or more students who speak the same language are in the same grade. That’s a pretty high threshold.

Back to the report: while ESL students’ test scores showed a higher English proficiency than bilingual students’ in kindergarten through third grade, bilingual students scored higher than ESL students in all subject areas further down the road, in grades five through eight. This shows a correlation between speaking more than one language and higher test scores. State standardized test (STAAR) scores demonstrate the benefits of both programs, as all students exiting both bilingual and ESL programs scored better than the district average on most assessments.

However, ESL students did not meet district standards in any subject area. This is not surprising, given that the STAAR test is administered in English, even to students enrolled in ESL programs. Giving students who are in the process of learning English a test in English is not an adequate way to measure their knowledge of standard, grade-level content, and their low scores in later grades are a result of not having access to material in their first language early on.

Although bilingual education may be more efficient, some parents are still reluctant to enroll their children in any of the English learner programs. Some parents prefer their child not to be labeled, and would rather have their children in complete English immersion. This is not surprising, in light of Texas’s history of segregating non-English speakers up until the mid 20th century and today’s anti-immigrant climate.

Issues of inclusion/exclusion are definitely up for debate, as many students in schools with bilingual programs form cliques with other students who speak the same language and tend to stay isolated with those same students in later grades. Unfortunately, on the flip side, those students whose parents choose complete English immersion, who consequently do not have access to grade-level material in their first language, those students do not learn as much grade-level material as students enrolled in ESL or bilingual programs.

Dual Language Programs offer an alternative solution which allows non-native English speakers inclusion within the general student population while cultivating literacy in two languages for the whole student body. Dual language programs help form cultural understanding between English learners and those who are learning a foreign language as a second language by placing them in the same classes. These schools also help English speakers develop a second language on a higher academic level. HISD currently has twelve schools that offer instruction in Spanish and one school that offers instruction in English and Mandarin.

Spanish or Mandarin is not introduced as a foreign language in middle school or high school, rather, it becomes the language of instruction. This allows students to learn both languages on a higher academic level than the traditional model. Dual Language students score higher on standardized tests and on college readiness exams. They also tend to make up to 20% more money after they graduate.  Dual language schools preserve language as a valued cultural and economic resource.

This year HISD is expanding its Dual Language program by adding 14 more schools. These types of schools also may bridge the current deficit of bilingual teachers in the future. Texas needs an educational reform that gives more financial support to Dual Language schools and acknowledges our need for multilingual literacy. All students, even native-born Engish speakers, have much to gain from fluency in multiple languages.

Lucero Luz (not his/her real name) teaches 4th grade in an elementary school in HISD that offers a bilingual program for students.