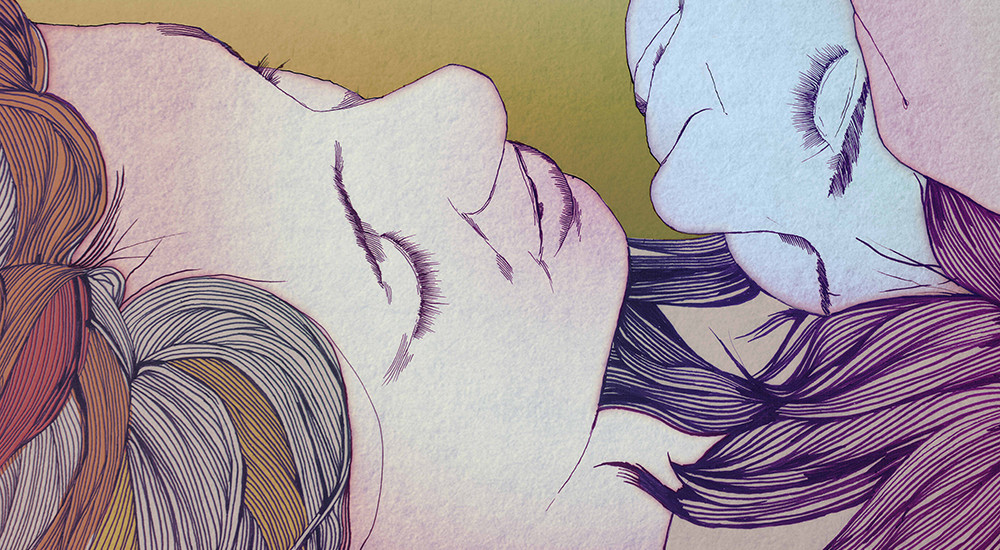 There are very few times, when a lover of music can hear something that’s all its own.  For me, I find that as the years go on, I hear albums from artists that sound like they just copied and pasted what’s popular today into their own sound.  It’s not a knock at contemporary music, as bands like The Rolling Stones and David Bowie have done as such in the past as well.  But, every now and again, I hear an album that stands on its own, an album that I can’t put a finger on what it sounds like.  Recently, I was given the new album Make Out King and Other Stories of Love from Houston’s The Tontons. After spending some time with it,  I’ve come to realize that the sounds within it are set to be copied by artists in the future.

It’s kind of hard for me to believe that The Tontons have been around for six years.  In that time, I would guess that most of you would have heard of them.  Small tour jaunts three years ago blossomed into full-scale tours in 2012, and last year, some high-profile festival appearances.  All leading up to a recent New Year’s Eve appearance in Dallas, broadcast on national television.  It feels like just yesterday when the band was playing the small rooms of Houston only.  But with hard work and an endless supply of live dates, a band can only belong to their town alone, for so long.

And now, in 2014, the band is slotted to spend the bulk of the year on the road playing festivals, touring both coasts, and opening for The Bright Light Social Hour.  It’s a much deserved place for a band that has certainly come so far since 2008.  Back then, the band released the Sea and Stars E.P. that was followed the next year by a S/T full length album.  These albums proved that while good bands grow, great bands evolve to form their own sound.  The 2011 release of Golden  proved that the band had the ability to go further than the usual fare of musicians in Houston. Today, is much further from even 2011, proving that The Tontons have truly evolved beyond what anyone could have expected.  A booking agent from heavy hitters The Agency Group, a dedicated manager in Mark C. Austin and even a publicist are much needed tools when you drop an album as unique and amazing as Make Out King and Other Stories of Love, due out February 18.

If you’ve followed the band long enough, you might feel as if I’m overstepping by calling this album unique and amazing, but you’d be way off the mark.  I should note that The Tontons have never really ever sounded like anyone else.  But, at first listen, it’s simplistic to say that this album is different from the previous efforts.  Just as it would be simplistic to compare the sound on it, to if Sade sang for Cocteau Twins.  To me, the easiest comparison I can make is to say that Make Out King and Other Stories of Love is The Tontons finding their own voice.  Meaning that for the first time in the band’s history, they truly emote sounds that are all their own.  I can only liken it to the first time I heard Silver, by  Starflyer 59, in that I hadn’t heard something so different in a long time, and definitely not in the mid-nineties.  That’s what this release sounds like.  Something truly its own, like the allure of Houston in that you love all of it, but there’s no one defining thing that you adore more than something else.  There are obvious singles in songs like the album’s opener, “Magic Hour,” or last year’s “Veida.”  There are moments of chaos in “Bones 1” and in “Bones 2,” also released last year.  But for me, the standout tracks are the soulful “Pony,”  and the tender and quickly-paced “Paradise.”   “Pony” stands out as such an independently written song, that the band truly meshes the soul from Asli Omar’s voice, with the rhythmic groove laid down by Tom Nguyen’s bass and Justin Martinez’ drumming.  And it’s perhaps the Santana-meets-Mars-Volta solo from Adam Martinez’ guitar on “Paradise,” that proves that the band has grown away from their days of playing for free at Mango’s.  Throughout the album’s 11 tracks, the listener is taken on a ride that starts with pop sensibility, flows into deep and emotional sounds, and closes with a soft ballad.  When it’s done, your ears have experienced something that’s hard to explain, and truly difficult to compare to anything else out there today.

I think it’s fair to say that 2014 could easily be the “Year of The Tontons.”  As a Houstonian, it’s always nice to hear a band prove how unique and amazing artists in our city can be.  This album proves that as unique as it sounds, it stands to be what the next crop of bands mimic and attempt to emulate.  If the mark of being a great artist is forging your own path, then it’s fair to say that Make Out King and Other Stories of Love proves that The Tontons are great artists.