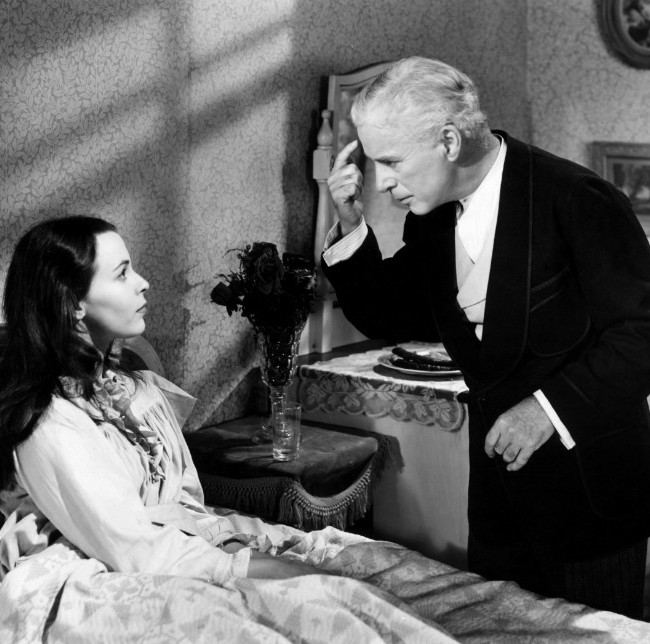 Leon casino, There’s a cinematic thrill in watching restored versions of a couple of classic movies from colossal directors. Limelight (1952) was the last film Charles Chaplin would make in the United States. Jamaica Inn (1939), while not the last film Alfred Hitchcock would shoot in England, was Hitch’s last film he shot in his native country before coming to America under his newfound contract with David Selznick.

Limelight (Criterion Collection, 5/19) comes fully loaded with extras that include recent interviews with actors Norman Lloyd and Limelight’s femme lead Claire Bloom. Lloyd is still acting in films (coming up next in Trainwreck this summer) at over 100-years of age. Another two extra featurettes contain great newsreel footage. One on Limelight’s production history shows with maps and pictures the locations of the section of theatrical London that was Chaplin’s playground when he was a boy. Another on Chaplin concentrates on his expulsion from America, again with vintage footage of the premiere and family. Chaplin was sailing with his family on the way to the London premiere of Limelight when he got a telegram informing him he would not be allowed back in the country.

Limelight, shot in Hollywood, depicts the vaudevillian era in 1914 London where the aging clown Calvero (Chaplin) tries to add a second chapter his career. Calvero meets a suicidal ballerina (Bloom) and takes her under his wing. Chaplin does a pantomime bit with fleas that’s cleverly funny and would work today. Welles throws in a flea bit in his 1955 Mr. Arkadin. 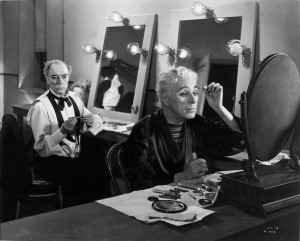 There are themes of age and mortality that once you see them here you realize how oft repeated they are in contemporary films. For instance, although Black Swan (2010) has nothing to do with Limelight, the imagery of a ballerina and a stage and death loom large at the end of both films. Limelight also marked the first time Chaplin worked with Buster Keaton. It’s like the scene in Heat where De Niro and Pacino act together in a film for the first time, only better and obviously funnier. Chaplin and Keaton destroy a violin and a piano while playing a concert. It’s like magic watching two titans of the silent era now doing a silent bit of business with a full orchestral score providing the dialogue.

On a side note, Limelight was not released in Los Angeles until 1972 and it then won the Academy Award for Best Dramatic Score in 1973, an Oscar Chaplin shared with Ray Rasch and Larry Russell.

Hitchcock hated Jamaica Inn (Cohen Media Group, 5/12). In an interview with Peter Bogdanovich he states as much mentioning that he tried to get out of the assignment but didn’t since he’d already taken the money. Hitch’s lament is our gain because this period thriller set in Cornwall in 1819 has an immediacy in terms of the criminality depicted that makes it relevant today. Hitchcock didn’t make a cameo appearance in Jamaica Inn possibly because of his casual approach to the material. Hitchcock was also at times at odds with the film’s producers, Erich Pommer whom Hitch knew from his work at the German studio UFA in the 1920s, and Charles Laughton, also the star of the film. 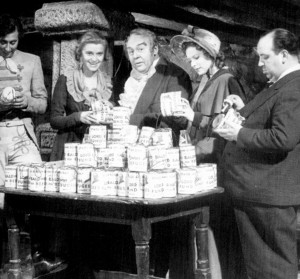 Hitchcock shot the entire film in a studio despite many scenes being on a ship in turbulent waves or along a rocky seashore. Indeed the opening sequence that establishes the chain of events shows a gang of robbers brutally stabbing and clubbing to death sailors that have just wrecked along the shore. Just as he would in his groundbreaking Psycho, Hitchcock makes us think we are seeing people being repeatedly impaled on knives when we are really seeing a montage of fast cuts. There’s also a hanging scene and a suicide that are aided by subtle camera angles.

Jamaica Inn was adapted from the writings of Daphne du Maurier, as was Hitchcock’s Rebecca and The Birds. Another Hitchcock rarity is that Jamaica Inn only has music at the very beginning and very end. Maureen O’Hara and Robert Newton also star.

Both films look outstanding in their original scope. The respective digital transfers to Blu-ray are superb. Criterion and Cohen are really the two best companies when it comes to packaging and selling cinema classics.