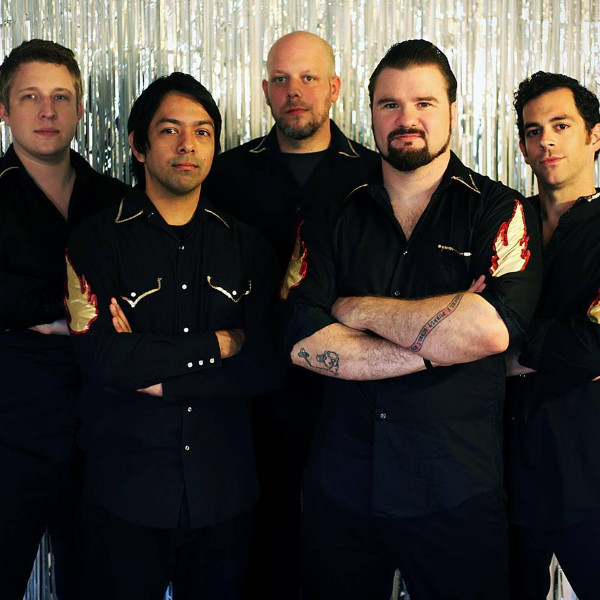 For over a year now, I’ve had this album on my phone that I listened to on a pretty non-stop basis.  When I first got the record, I’d be lying if I said that I wasn’t excited for its release, and I even shared it with other bands who were fans.  As I was to understand, that album, the new Knights of the Fire Kingdom record was to be just a couple months away.  Then, after lots of hiccups from varying places but mostly from a large record pressing plant; we find ourselves over a year later and the record is ready to drop.  As per most things done by this band, everything is being handled like you’d expect a band to.  A pre-release of the album was put online late last year, the band is set to drop singles, and of course videos for the singles as well.

The video, for the track “Church Of The Retarded,” is about what you’d expect from a band crazy enough to wear matching outfits no matter the temperature of where they’re playing.  “Basically it was a concept I pitched our friend, Scott Barber who wound up shooting, directing, color correcting, editing, and even doing the special effects for.  I gave him the storyboards for it and he just ran with the idea.”  That idea is that everyone in the band meets their demise at one point or another.

The end result is a funny and well shot video, found here, that does its job in promoting the track.
You can catch Knights of the Fire Kingdom live when they perform at Fitzgerald’s on July 3rd.  The album release party will also feature performances from Houston’s We Were Wolves, Satellite D’Homme, and Brand New Hearts.  The all ages show will feature all sorts of goodies, including shirts provided by Caught In Customs, with doors at 8:00 and it’s 100% FREE.