Steve James on Life Itself

Leon casino, Steve James changed the way documentary films were viewed when he made Hoop Dreams in 1994. Hoop Dreams marked a quantum shift in how documentaries were accepted in Hollywood. An important voice supporting Hoop Dreams was critic Roger Ebert whose praise for the film was instrumental in its success.

Fast forward a generation and James is still an important documentary filmmaker recently having made films like Head Games, At the Death House Door, The Interrupters and now Life Itself, which chronicles the last days of Ebert as he undergoes treatment and rehabilitation for cancer. Life Itself is also the title of Ebert’s autobiography first published in 2011. 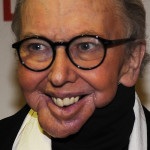 James doesn’t just roll out a hagiography but rather includes an overview of Ebert’s life that includes his faults as well as his achievements. James also doesn’t shy away from the devastation cancer inflicts. Less than two minutes into Life Itself we’re face to face with Ebert in his hospital bed sans jaw. A couple of times during the movie we observe the suction of Ebert’s throat the nurses have to constantly perform.

“That such a big part of his daily life, two times a day he had to have suction,” explains James in an exclusive phone interview with Free Press Houston. “If you’re going to show a film that portrays a person’s daily life you can’t avoid that reality. Roger had a candor with the public that was remarkable in and of itself, and that’s the way he wanted it.”

Life Itself moves with ease between the present and the past, aided by a colorful score by Joshua Abrams, jazz based composer and musician. “We talked about wanting to use the jazz idiom. I felt that jazz is a timeless music for a movie and Roger was a timeless character. We evolved a score that captured the gravitas of Roger’s life, his exuberance,” says James.

James notes how it was important to show the different phases of Roger’s life. The early fun, hard-drinking newspaperman coupled with his eventual giving up alcohol, and his romance and marriage to Chaz Ebert in 1992. “Without Chaz we would’ve lost Roger years ago,” says James. 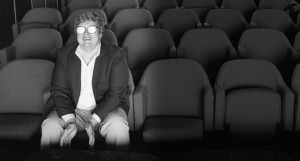 “Because I edit my films, I also use a co-editor. The timetable of finishing is such that if I just edit by myself it would take a lot longer,” says James about his technique. “But I am an active editor in the films I do and Life Itself is a perfect example. Right after Roger died in April [2013] I started to rough out a structure for the film. I already had an idea of what that structure might be, but the devil’s in the details. How you go from moment to moment. One of the goals was always to find ways to intercut the present, the hospital and rehab, with the story of his life. The film is cut largely chronological but not exclusively so. The decisions along the way are what to leave in and what to leave out.”

At one point in Life Itself James makes a wisecrack and Ebert, who can only talk through a computer, quickly says, “I’ll do the jokes around here.” Another moment in the hospital has Ebert putting events on pause so he can listen to Steely Dan’s “Reeling In the Years.”

On clearing rights for documentaries James says: “There is this thing called Fair Use which is important to artists and documentary filmmakers. “Reeling In the Years” falls under the Fair Use provisions. He put it on to play himself. He chose to play it and we were filming, it’s confined to the scene. If we had taken it, because it’s a great song, and used it in subsequent sequences we would’ve had to license it. Much like we had to license the Leonard Cohen song “I’m Your Man,” because that’s a song that started with him playing it but we used it to score him leaving the hospital.

“We take Fair Use very seriously. We have a Fair Use lawyer who’s an expert, who looks at the film and if there’s a problem area he informs us of it. Errors and omissions insurance carriers, which every film needs to get, will accept it, and then you have legal protection if a record label should decide they have a different view of it.”

The same applied to movie clips that you see throughout the film, like Bonnie and Clyde.

“You’re using it in a journalistic context, its being transformed and used to illustrate a point we’re making,” says James. “For instance, if you clear the rights to a Hollywood movie you not only have to get the studio to allow clearance but you have to get every actor in the movie to sign a release. If there’s music in the clip that must also be cleared,” James says.

“With documentaries, and I’m a case in point, you never know how long it’s going to take to do a documentary. Yes there are certain films that people pay for and commission and there’s a very firm set schedule, and I’ve operated under those restrictions from time to time. But most documentaries are seat of the pants operations and you’re beholden to story, finding an appropriate end, or you’re beholden to funding, and whether you have enough money to finish the film,” concludes James.

Life Itself opens exclusively this weekend at the Sundance Cinemas Houston.