Stop Inviting Us to Your Weird Facebook Groups, Damn It

Leon casino, Scrolling through the notifications for the Free Press Facebook page is fun sometimes. People invite us to all kinds of stuff: birthday parties, concerts, comedy shows, the works. That’s cool. Feel free to throw that stuff at us. If it sounds good, we may come cover the event (as long as it’s not your birthday party).

Sometimes, though, you get invited to something that makes you do a double take. Somebody named Zakaos Breedlove Ewing invited us to join a group called “Exposing and Fighting Human and Child Trafficking and Mind Control News.”

Catch that last bit? We were following right along until “Mind Control.” Turns out this group is less about fighting human trafficking and more about posting crazy stories. It tells you why “the CIA and satanic order want the both of us dead.” Also, Bill Clinton got caught up in a pedophile ring. Who knew? 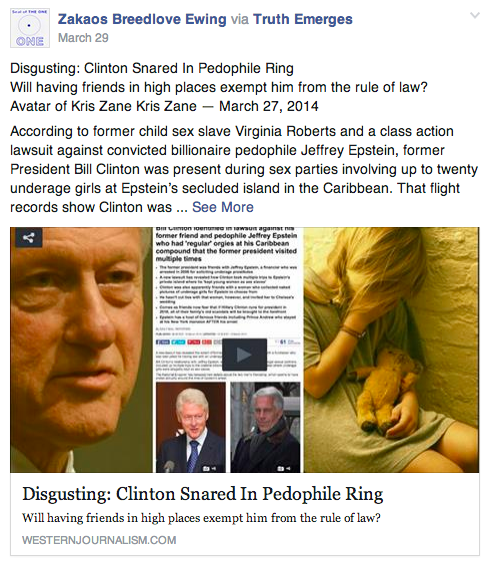 The whole group is unmitigated craziness of a level that makes you wonder if this person needs professional care. When you claim the Pope and Queen Elizabeth II are involved in a pedophile ring, you have issues. Even more worrying is that this guy Zakaos cites The Daily Mail and The Daily Mirror as reputable sources. That’s terrifying.