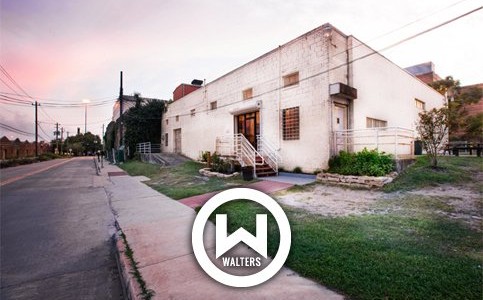 I wish I could tell you everything I know about the live music world, but that’s a story for another time.  What I can tell you that the cost of operating a live music venue is nothing short of painful.  The costs associated with the task are immense, aside from utilities and general operations costs.  For anyone who thinks they’re going to become wealthy overnight from opening a live music spot, I feel it should be noted that there’s really no way in hell that’s going to happen.  Essentially, a music venue is a bar with twenty extra costs added to the already crowded market of bars and eateries.  Our city has a crazy past when it comes to live music venues, where I’m sure most of us can tell a mean spirited tale about one venue or the other without hesitation.  However, I don’t think any one of us can say something bad about Walter’s.  When the venue was on Washington, it nurtured a revival in our city’s music history, all at the helm of its fearless leader, Pam Robinson.  When the venue moved over by University of Houston’s downtown campus, I saw it as a rebirth and another brilliant move from Pam who was always years ahead of everyone else.  Sadly, when Pam passed recently, we all thought that the Walter’s we all knew would go with her.  But, how dumb we would all feel when we forgot that the values of paying bands correctly and cheap drinks were at the heart of everything Pam stood for, and that she would have passed all of those values on to her son, Zack.  Now, there’s a chance that Walters could truly go away with a massive bill and an untimely window in which it’s to be paid; unless we all step up and help keep the venue around.

The Walter’s that now stands on Naylor is probably my favorite spot to see music in this town.  Sure, the parking is a bitch, but where else could you see a show like Sir Richard Bishop of Sun City Girls; or a super intimate night with Of Montreal?  For as long as I can remember, there’s always been corporate sharks in the live music world, and then the local businesses that actually nurture live music.  I’m not going to tell you what the venue charges for a “rental,” but I will tell you that it’s insanely inexpensive.  Like, what a waiter makes on a slow Tuesday night shift kind of pricing.  No matter where you go see live music, you should know that without a room like Walter’s; your options for great shows diminish quickly.  To my knowledge, the venue is the only 500 capacity sized room in town.  Couple that with the fact that it’s independently owned and operated, that they have the best sound guy in Houston with Terry Nunn, and what you have is a home for many bands who wouldn’t have one.  And, I mean it when I say that it’s like a home.  I’ve never been treated poorly by anyone there, I’ve never heard someone complain about the price of a drink there, I’ve never witnessed a band get treated like anything other than royalty there….so to me, securing that the venue will be here tomorrow is like saving a family member’s home.  The kind and open way in which Walter’s operates is what we should all aspire to be like in this world.  To be those who welcome everyone and don’t put price or importance before the goal at hand; being a home and a friend to everyone we encounter.  And, that’s what Walter’s is for Houston, the Houston music scene, and Houstonians alike.
That massive bill, can get paid.  We, as Houstonians will pay it.  You can help pay that bill, and keep the legacy Pam started when she opened Walter’s on Washington alive.  You can help save live music and keep it in the hands of those who have always nurtured it.  The best way to help is to donate to the venue’s indiegogo campaign, found here.  Give what you can, and help keep this much needed venue around.  This bill has to be paid on or before April 30th, so let’s show everyone how “next level” we are as a city by helping it to be paid in full early.  The Houston music scene would look a lot different if Walter’s wasn’t a part of it, and hopefully you’ll help insure that it’ll be around to give bands a place to play on tour, to give local acts a spot for their first show; and to keep everything that’s good about live music going for years to come.